D-H is a key exchange mechanism , a way to exchange cryptographic keys over public channels, that is , I want to agree a number with my buddy Simon but i don’t want to tell him what the number is. 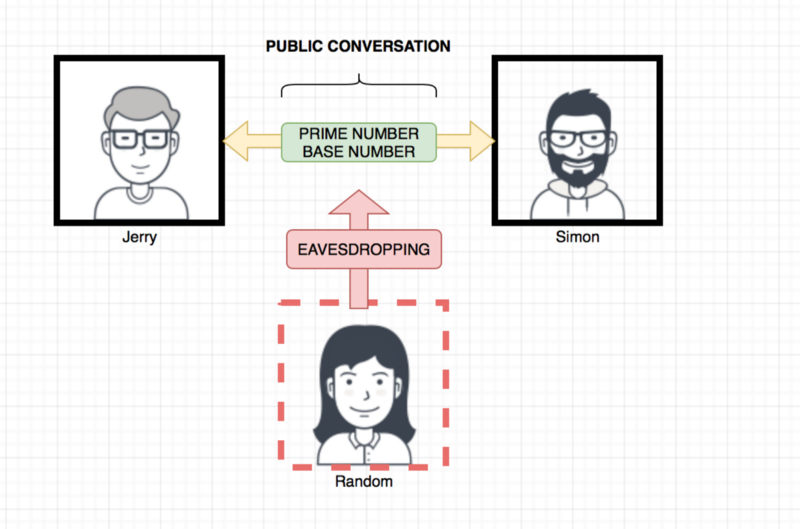 Agreeing in Prime and Base Numbers

So there is a few requirements for this to work , and also a bunch of rules that have to be applied to the values we gonna communicate over an open space:

So all these numbers are communicated to each other over public transport , and this is the requirement: Each user will generate a “secret exponent” that can’t have any common factors between them. So here’s some code to make this up

This appends the the prime numbers in the range() to a list.

For the Base and Secret Exponents we pick numbers just randomzingin a range:

Let’s assume we have these numbers:

Only the secret exponent are the ones we want to keep private , Jerry and Simon know only their “secret exponent” ,P and N , in short only P and N have been communicated over public channels. 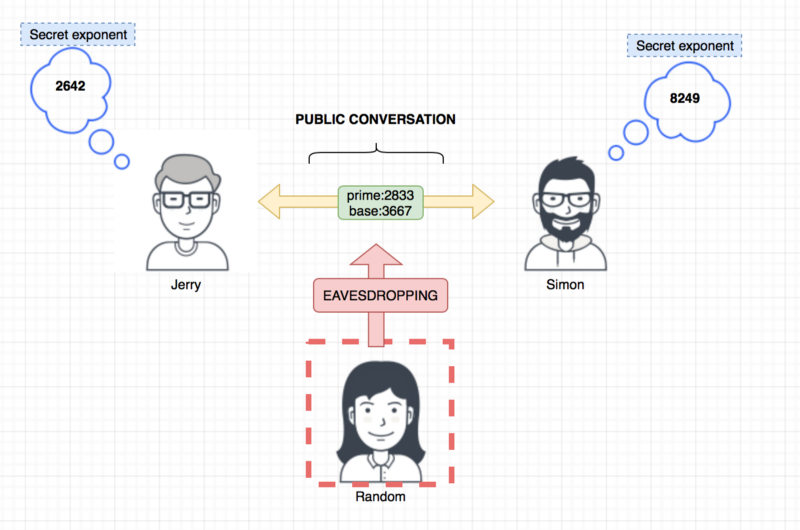 Now each party will compute a number with the values they have (P , N and each individual “secret exponent”)

And they will pass each other these values (Jerry passes JC to Simon , and Simon passes SC to Jerry). 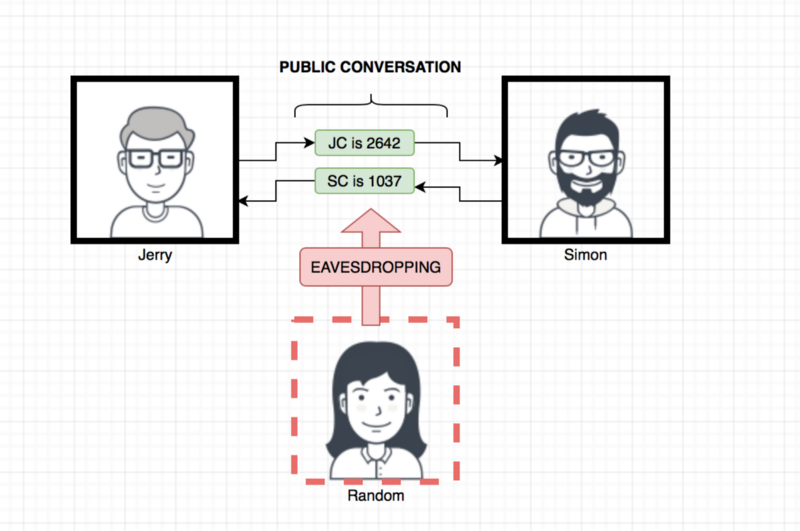 Good ! so now to Recap , let’s see what values each individual knows:

So now is when the magic happens , both of them apply the following function: ( peer’s computed number to the “secret exponent” modulus Prime)

And if you do the math this translates to:

Great (L == Python’s literal ) , now we have have a number(1747L) that Simon and Jerry know that derived of a bunch of numbers that were transmitted publicly.

With this number as a “key” Simon and Jerry can start communicating privately using a cipher.